Windows 11 is currently the operating system version with the most stringent requirements on hardware, as well as security.. up to the present time.

This is a very good sign for today’s technology lovers, because the Internet world has now “evolved” terribly. If Windows does not increase its security stronger, it is very easy to “compromise” and reveal user information.

Specifically, the word for Intel chips only supports 8th generation Chip lines and above, and AMD Ryzen CPUs from 2000 series onwards. So what is the main reason that Windows 11 decided not to support lower CPUs?

What CPUs does Windows 11 officially support?

According to Microsoft, Windows 11 only guarantees support for the following CPUs:

First, it should be noted that only Intel’s 8th generation CPUs and above are compatible with Windows 11, which means products released from mid-2017 onwards. For example, Surface Pro (2017) is a product of Microsoft itself, but it still cannot be upgraded to Windows 11 because it uses 7th generation Intel chips. Below is a list of the most popular CPU models in the Atom series. , Celeron, Pentium, Xeon and Intel Core support Windows 11:

As for AMD CPUs, compatibility with Windows 11 will only appear on models released from 2018. This includes 2nd generation Ryzen (Zen+) chips and up. This is a detailed list of popular AMD chipsets that currently support Windows 11, coming from the Athlon, EPYC, Ryzen and Ryzen Threadripper series.

The above information is listed on the official website of Windows 11. Besides, Windows 11 ARM version will only support certain Qualcomm Snapdragon SoCs.

Initially, Microsoft’s compatibility documentation said some older CPUs, including 7th Gen Intel CPUs, would be partially supported. Specifically, Microsoft says that users of older CPUs are allowed to upgrade, but the upgrade process will warn that the CPU is not properly supported and advise users not to upgrade.

But Microsoft quickly corrected the above content. Instead, the software giant posted a blog post to explain the minimum configuration requirements of Windows 11.

Microsoft also said that it is testing the compatibility of 7th Gen Intel CPUs and AMD Zen 1 CPUs with Windows 11 through the Insider Preview program. The test results will be updated in detail by Microsoft.

In general, information about Windows 11’s ability to support older CPUs is still quite vague. Microsoft has yet to release any official statement on the matter other than blog posts with inconsistent information.

I don’t know if the official version of Windows 11, Microsoft will adjust the configuration requirements or not, this will have to wait for time to answer But I personally find it very difficult for Windows 11 to support low-end CPUs happening.

Because if you intend to support it, Microsoft has put it in a trial version to test it first.

However, without an official version, we still have the right to hope that Windows 11 will support lower CPUs.

Why is Windows 11 so strict about minimum configuration? All Microsoft is asking users to think about is security. Just like the TPM 2.0 requirement, Microsoft requires a new CPU to ensure users have access to the latest security features. These include virtualization-based security and hypervisor-protected code integrity that is always enabled by default on all Windows 11 computers.

The third rule is that the CPU should be compatible with the applications you use. 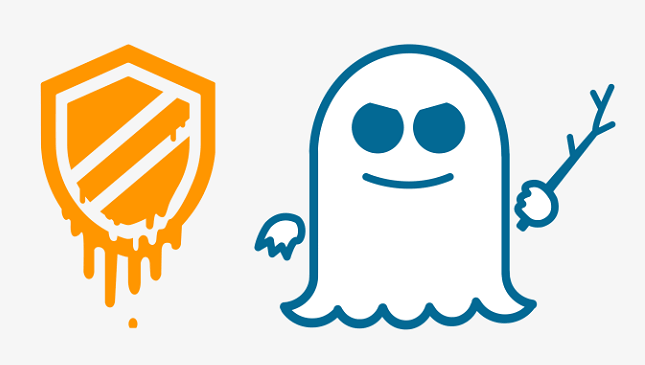 Remember the Intel scandal about design flaws that caused Specter and Meltdown attacks?

Microsoft quickly released patches for the affected CPUs at the “cost” of greatly reduced computer performance.

Intel said that the Meltdown and Specter vulnerabilities have been completely fixed since the 8th generation CPUs and above, and they have made hardware changes to these new CPUs.

Not only Specter, ZombieLoad attack with a similar method was also discovered in 2019. After ZombieLoad was announced in 2019, experts concluded that only completely new CPUs can overcome it. against ZombieLoad, Specter, and similar attacks. To really patch these vulnerabilities, Intel (and other CPU makers) will have to refactor their CPU designs.

Basically, Microsoft doesn’t want you to know that your old CPU, Windows 10 computer is not guaranteed to be secure at the hardware level compared to the new device. This is not good for their business. Instead, Microsoft wants to quietly push people to switch to new devices by just letting Windows 11 support the new CPUs.

Windows 10 is still supported until 2025

You also do not need to worry if you are using a computer with an old CPU because Windows 10 is still supported with security updates until October 14, 2025. We think this is enough time for you to plan your shopping for a new computer to run Windows 11.

Why does Windows 11 not support older CPUs? was last modified: July 9th, 2021 by AZdly