What is Microsoft .NET Framework

Microsoft .NET Framework is a collection of Application Programming Interfaces (APIs) and a shared code library that developers can use when developing applications without having to write code from scratch. In the .NET Framework, that shared code library is named Framework Class Library (FCL). The bits of code in the shared library can perform all sorts of different functions. For example, a developer wants their application to be able to query another IP address on the network. Instead of writing the code themselves, and then writing all the bits and pieces to interpret the meaning of the query results, they can use code from the library that implements that function.

That’s just a small example. The .NET Framework contains tens of thousands of pieces of code. These code snippets make the developer’s job much easier, because they don’t have to write code from scratch for some common functions on the application. Instead, they can focus on writing their own application-specific code and the user interface that ties it all together. Using a code-sharing framework like this also helps to set some standards between applications. Other developers can more easily understand what a program is doing, and application users can see things like Open and Save As dialogs working the same in different applications.

How is .NET Framework installed on the system?

The .NET Framework has a somewhat complicated history, and it has had many versions over the years. Usually, the latest version of .NET is included with each new release of Windows. .NET versions are backwards compatible (so an app written for version 2 can run on version 3), but it doesn’t perform as well as it did on previous versions. Not all apps work with newer versions. In particular, on systems running Windows XP and Vista, you often see many different versions of .NET installed on your PC.

There are basically three ways that any particular .NET Framework version will be installed:

Fortunately, things get easier in modern versions of Windows. During the “golden age” of Windows Vista, two important things happened. First, the .NET Framework 3.5 was released. That version has been redesigned, including components from versions 2 and 3. Apps that require earlier versions will still work if you install version 3.5. Second, the upgrade to the .NET Framework has finally begun to be delivered through Windows Update.

Taken together, these two mean that developers can now rely heavily on the user – who has the appropriate components pre-installed and no longer has to ask the user to make settings. additional order.

What to do if you have problems with .NET Framework?

Only when your computer has the correct version of .Net Framework installed can the software designed with this program be able to run on the computer. So if you regularly install new software, you may have some problems.

Firstly, your machine may not have installed the .Net Framework, so it cannot run the software. Second, you are probably using the wrong version. If the .Net Framework 4.5 version does not match, try updating to a newer version.

If the above doesn’t work, try downloading and running Microsoft’s .NET Framework Repair tool. This tool supports all current versions of the .NET Framework. It helps you troubleshoot common problems with setting up or updating to the new .NET and can automatically fix any issues you encounter.

To overcome those problems here I have an all-in-one solution. It includes all versions from old to new and tools like .NET Framework Cleanup Tool, .NET Framework Setup Vertification Utility, Microsoft .NET Framework Repair Tool

.NET Framework All In One includes

Is a utility to remove, remove versions of .NET Framework. 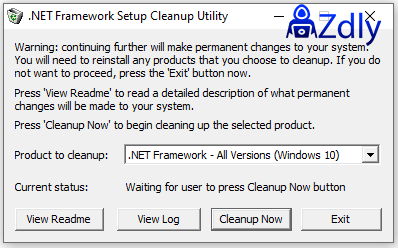 Is a utility to check the correctness and operation of the installation of Net Flamework.

Designed to troubleshoot problems installing or updating Microsoft. NET Framework. This tool tries to solve problems by applying known fixes or by restoring installed versions. The program supports all versions 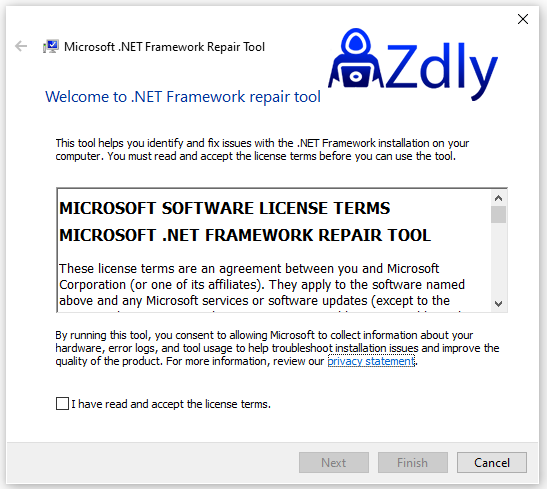 How to install Microsoft .NET Framework Download Microsoft .NET Framework All in One 1.1 – 6.0 Offline Install was last modified: September 17th, 2022 by AZdly

What is Microsoft Visual C++ and How to download All Version