DLC Boot is a tool used to create a rescue USB for Windows 7/8/10/11 computers. Through DLC Boot 2022 you can restore lost data on the operating system. You can use the latest DLC Boot 2022 to split the drive, create partitions or test the hard drive, test the RAM and most importantly, recover the data you have previously backed up with this software.

DLC Boot maximizes productivity and provides tools to repair damaged systems, saving time and effort. This tool identifies the reasons that are crashing the system and prevents it from working properly. DLC Boot includes many functions divided into many categories such as Office Tools, Utilities, Backup Tools, Antivirus software, Media Players, etc.

Next will appear the interface of DLC Boot select the usb icon as shown to start creating usb boot. 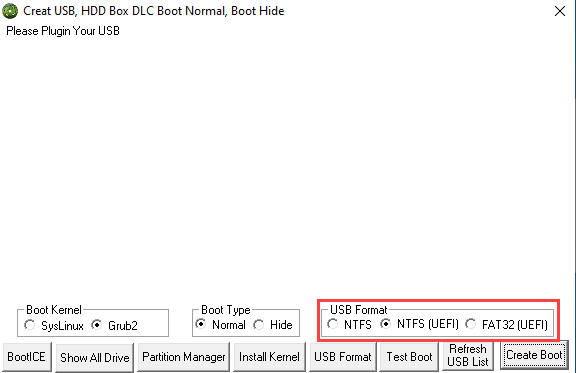 After selecting, we press  Create Boot and the creation process will be automatic. Here I want to boot both UEFI and Legacy standards, so I choose NTFS UEFI. To check if the USB Boot has been successfully created or not, we click on the TEST BOOT section.