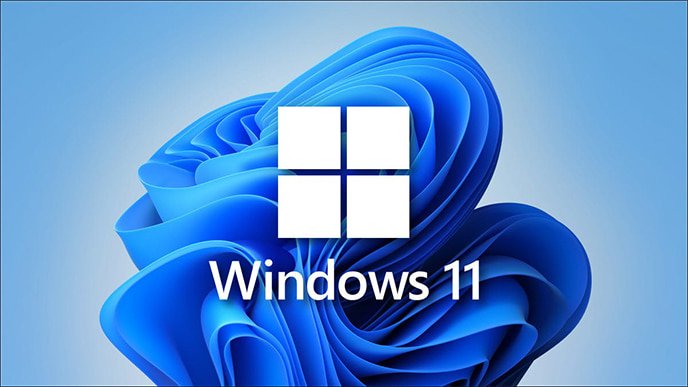 Just like the versions of Windows that have been released in the past, Windows 11 comes with a series of interface changes as well as feature-related improvements. However, any innovation comes with surprises, curiosities, and questions. If you are stuck in the question of whether to upgrade your system to Windows 11, try the following reasons.

The first and most obvious motivation for users to upgrade to Windows 11 or any new operating system version is to experience the most advanced and new changes. This is especially important when it comes to security, especially in an era when cyber attacks have become increasingly common.

Windows 11 will be the first version to receive all of the major bug fixes and security updates that may affect users that have been compiled by Microsoft from previous versions of Windows. Therefore, even if you are completely uninterested in new features, updating your system to the latest version is always an important requirement to keep yourself safe from threats from the digital world. digital.

Windows 11 comes with an extremely useful new feature, which is the ability to support Android apps through the Amazon Appstore. And even Android apps can be integrated directly into the system’s taskbar – similar to a native Windows app. Additionally, according to Windows developers, APK downloading will be possible, although the feature is not yet available in the Windows 11 Preview.

We all know SSDs make PCs run faster, but most modern games aren’t made to take advantage of that extra speed.

However, the reality is that with console systems like the PS5 and Xbox Series built on NVMe SSDs as the base, games are being processed at a faster rate, helping to take full advantage of their capabilities. SSDs. This was summed up by Microsoft to form DirectStorage. In other words, DirectStorage is a feature designed to take advantage of the power of an NVMe SSD, especially in games. And this feature will only be available on Windows 11.

Microsoft Teams is one of the extremely popular remote working communication applications, used by millions of users as well as large and small businesses around the world today. The good news is that Microsoft Teams will be integrated directly into Windows 11 as the default application, instead of requiring users to download and install it themselves. This is clearly a big plus with enterprise computer systems that use Microsoft Teams as the main communication tool in the system.

HDR can make quite a few positive changes to the graphics of a game, thereby significantly affecting the experience of gamers. However, in practice, this feature is often not supported by default on all games. This may be because the implementation of HDR is somewhat complicated, easily causing software conflicts. Fortunately, with Windows 11, Microsoft has taken Xbox’s Auto HDR technology and applied it to all DirectX 11 (or later) games running on this operating system. For gamers with HDR monitors, it’s not hard to notice that the image in some games has become noticeably more flattering. One more good reason for gamers to upgrade their systems to Windows 11.

Previously, a multi-computer system in Windows would all have to share the same background, prohibiting the use of third-party programs. However, Windows 11 will support Multiple Desktop with individual wallpapers built into the operating system, allowing for more customization.

DirectX 12 Ultimate is home to all the next-generation gaming capabilities that will be available on Windows, especially for games that use features like ray-tracing over time. Real or Mesh Shader. Windows gamers who want optimal graphics settings and high frame rates in games, then owning DirectX 12 Ultimate will be a necessary condition.

Besides the addition of features, improvements in the interface are also a reason affecting users’ decisions to upgrade the operating system. Windows 11 will have a new taskbar with icons in the middle, focusing on many eye-catching transparent effects that we haven’t seen since Windows Vista. In short, it is easy to see on the modern and sophisticated Windows 11 interface.

Are the above reasons enough to convince you to upgrade to Windows 11? Please leave a comment!

8 reasons why you should upgrade to Windows 11 was last modified: July 19th, 2021 by AZdly

How to use the new “Quick Settings” menu on Windows 11

How to return to Windows 10 Start menu on Windows 11